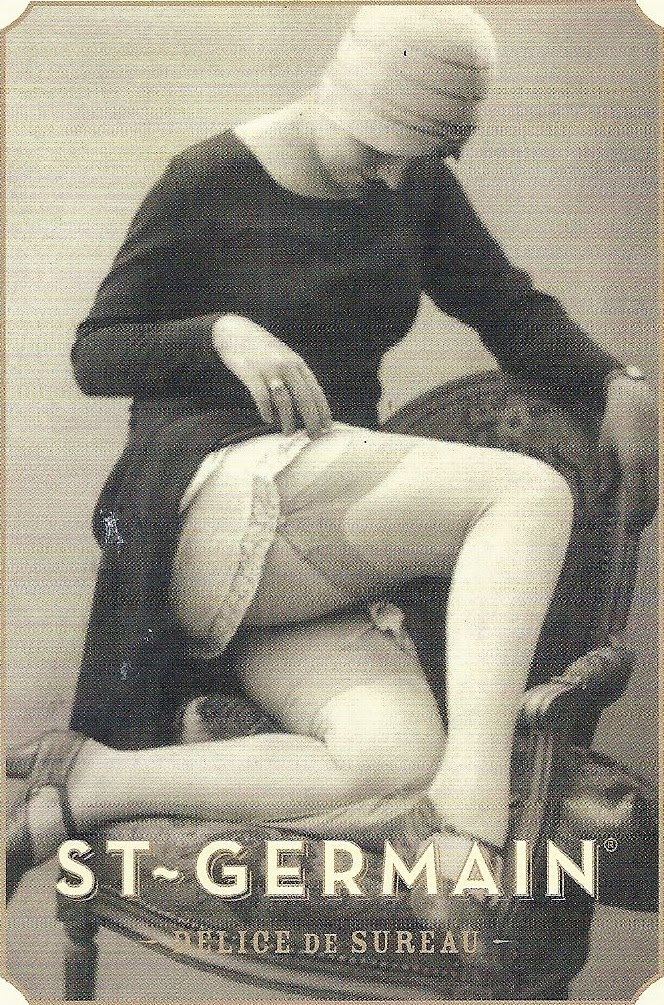 All of these lovelies were pulled out of a fashion magazine. I can't resist a postcard. I love the period. And an aperitif? It is a summer habit that I have acquired after several visits to France. I've never had St. Germain, but I have been known to enjoy pastis (the most popular brand is Pernod).

One of the first times that I drank pastis was on a two week trip to France many years ago. First in Paris on a hot August afternoon after wandering around lord only knows where, my friend and I stopped at a cafe for something cool to drink. He had just spent the summer living in the south of France a few years earlier and suggested that we have a pastis. I'd never heard of it before and loved it at first sip. In France, the liquor is poured into a tall glass and is accompanied by a jug of cool water. When the water tumbles over the it, it turns a cloudy yellow and tastes of licorice. Delightful. As we moved from Paris down to the Mediterranean, we stayed with the family that he lived and worked with during his summer of France. Every evening when Papa came home from work, usually around 7 p.m., we'd first enjoy a pastis or two or three then move to dinner and rose wine. I loved those evenings that went long into the night. They spoke very little English and I very little French, but we managed to communicate just fine. Papa worked at the local grocery store. My friend's job when he lived there was to pick up all of the grocery carts from the neighborhood that customers were able to take home with them. What a job, right? 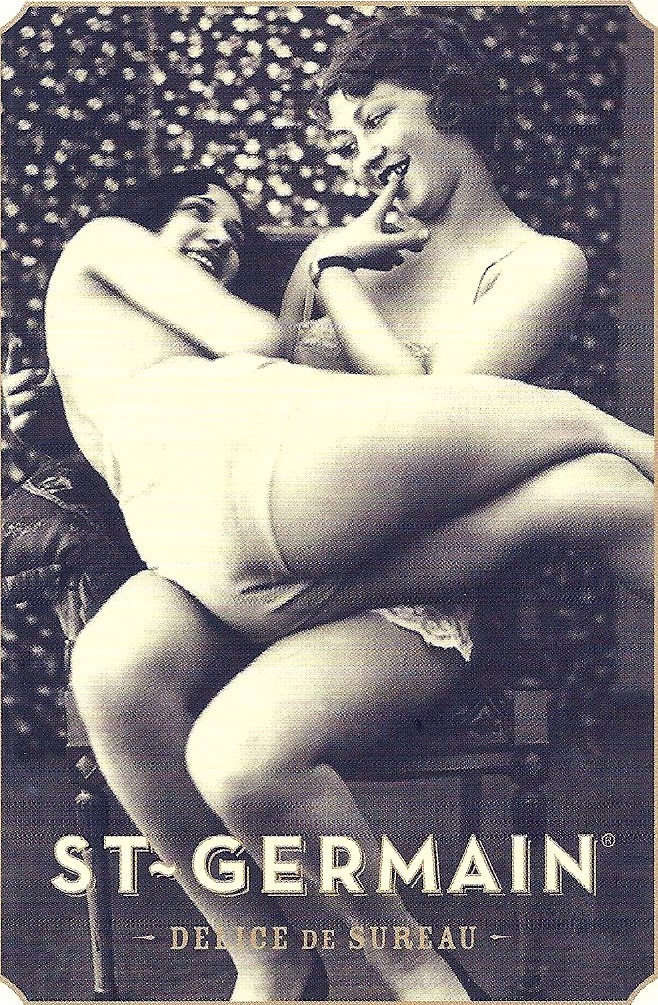 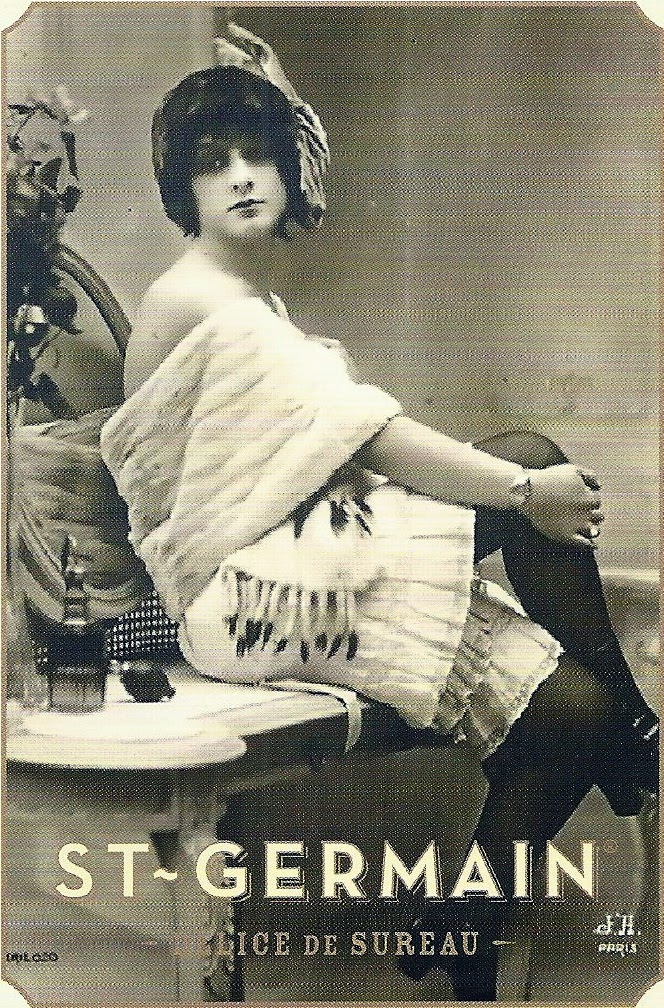 After we stayed with the family in Frejus, we moved on to Nice where my friend's Baltimore landlady lived for half of the  year caring for an ailing mother. She lived in a grand apartment, one that you would expect someone as chic as she would live in. She invited us over for cocktails before going out to dinner. She served scotch and caviar. Certainly, I had had scotch before, but never caviar. It was quite an experience. Paula was a wonderful woman. She had been a dancer for the Paris Opera when she was young, and she and her sister somehow,  I wasn't quite clear on this point, ended up in Baltimore. They would take turns living with mother and living in the States. While in the States because of her former life, Paula was often invited to 'French' gatherings in D.C., sometimes at the Embassy. I had the good fortune of attending one of these parties on a visit to D.C. French embassy parties from what I can remember are the best! The champagne! Ooh la la. 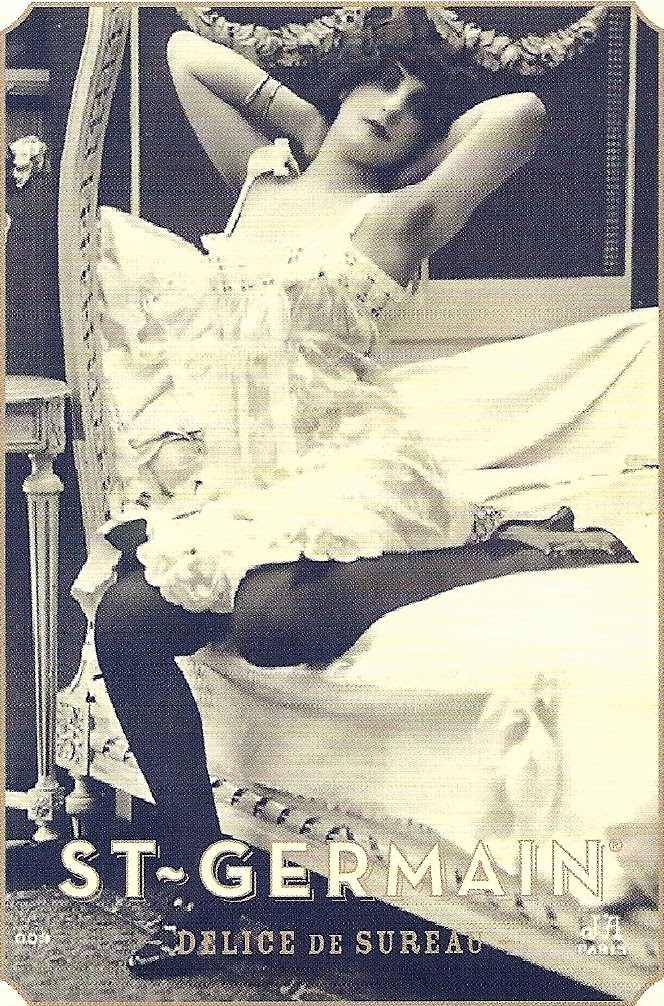 On a day trip from Nice, we visited Eze. It hangs over the Mediterranean atop a cliff not too far from Nice. Naturally, there is no car traffic. And not much is there except a very small luxury resort. We wandered around it and no one made a fuss of it. My friend suggested that we have a drink in the pool area. It was quite beautiful. The hotel was an old castle, perhaps, made of stone and lovely red roses climbed over its walls. The waiter arrived with, what else, pastis. After a while, my friend excused himself to go to the gents, and the next thing that I knew, a porter was asking to take my bag. My day bag. All I had was a swim suit, a book, and maybe some sun block. He escorted me to the room, which was all-white from what I remember with a huge bathtub and thick, cozy bath robes. We spent the afternoon on an overlook that was a ladder down the cliff from the eternity swimming pool drinking pastis. Only later did we switch to wine and bread spread with chunky, country pate. It was heaven.

Hmm, I'm thirsty. Perhaps I should find some lingerie and have a cocktail.