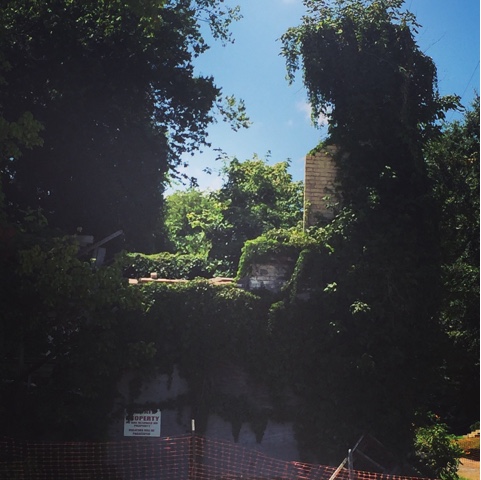 It didn't occur to me until I was in Clarksdale that I should've figured out where Money was on the map. Money is the town where Emmett Till, down from Chicago to visit cousins in 1955, was brutally murdered by two white men and thrown into the the Tallahatchi river with a cotton gin fan tied around his body. His crime? Emmett and his cousin went to Bryant's store in Money and the owner's wife reporter to her husband that he flirted with her. He was murdered for a reported wolf whistle. The husband and his brother-in-law were found not guilty by a court of law. Hurriedly buried to cover up the crime, Emmett's mother demanded that his body be returned to Chicago. With the help of a few, he returned to be laid to rest in the north, but not before a wake with an open casket displayed the horrorific act that had occured. To many, it was the event that sparked the Civil Rights movement.
Whenever I teach MLK, I have my students' watch a documentary, available on YouTube, that gives a good overview of the events of the case, interviews with Emmett's family and a sense of the racial climate of the South at that time. Although many of my students are African American, they have very little concern or understanding of the past. Dr. King can be challenging for them to read, but in understanding what the climate was and what was at stake, they are more likely to be interested in figuring out Dr. King's writings and speeches.
Two years ago when I was teaching this unit, a young man said to me, 'my grandma talks about this. She went to that little boy's funeral.' I called his grandmother and sure enough, her auntie had taken her to the viewing when she was just 5 years old. She told me that the line went around the block and when she looked at Emmett's head, she could see clear through to the pillow that it lie on. I asked her why her auntie took her to which she said, that's just what black folks did back then. She, the aunt, took her and her cousin to tent revivals and funerals across the southside. I invited her to come to class to talk about it, but she declined. The last thing that she said to me before she hung up was that she thinks about that 'little boy' everyday. I believe that she does.
My heart always breaks when I think of Emmett- a stuttering fourteen year old boy who probably couldn't put his lips together to whistle, nor raised in such a fashion that he would be so forward to speak to any woman in any way but respectfully. I needed to make the pilgrimage to that store. And deep in the delta on a scorching hot day sixty one years later, I stood in front of a ruin that we had passed several times before we realized what it was and out of range of any help from Siri. And once I got there, I felt justice in how the building was in total collapse with Nature bursting in to reclaim her own. Emmett isn't there. It shouldn't be his memorial or remembrance. He is better remembered in a classroom, not some lonely old road in Money, Mississippi where there's nothing but the crows.
Posted by miss moran at 2:44:00 PM