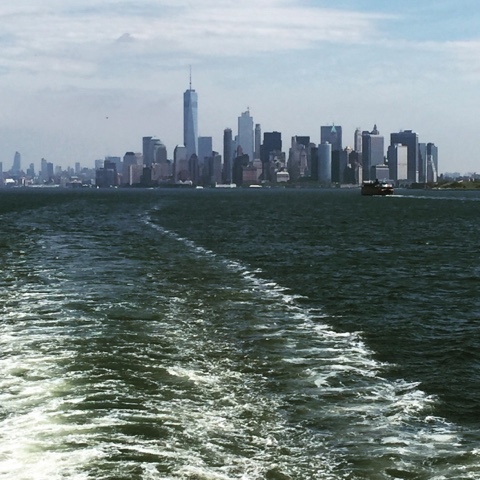 What was to be a weekend to DC to visit a friend became a 'let's go to NYC first to see a show' while I was texting the friend I planned to travel with during the Tony's, which was an excellent show this year. And here we are in NYC. Our plane was late getting out of Chicago due to traffic control issues in New York. All we had time to do once we checked in to our hotel was get a late dinner and watch some Olympics in our air conditioned room. We hit town in the midst of a heat wave. A hot, sticky, only in NYC, do we know someone in the Hamptons kind of heat.
I am traveling with a friend who comes to New York much more frequently than I do. I was happy to follow her in the movement of the day, but she asked, what would you like to do? And I decided to figure that out. I checked out a travel website for the top attractions in the city to get an idea and found the Staten Island ferry on the list. It sounded like a great idea and a way to beat the heat. Plus, it's free. Naturally, everyone crowds on to the side of the boat that has the views of Ellis Island and Statue of Liberty. I got a peak at it, and an okay picture, but I was just as happy sitting on the shady side in the quiet of those that weren't on the boat to snap a shot. The entry on to the boat was fast and convenient. The ride was about 25 minutes and as soon as one disembarks, you circle back around and get on the next boat right back to Manhattan. It was really relaxing and the views were great. 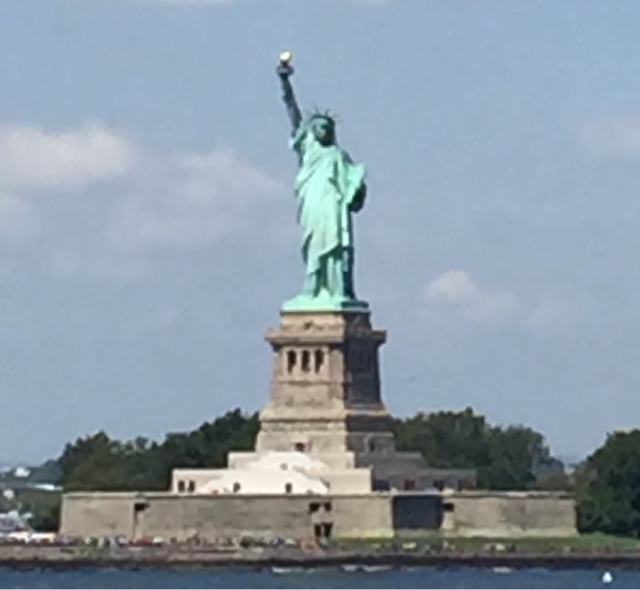 We decided to eat lunch at Serendipity's, a landmark ice cream restaurant made famous, at least to me, by the movie of the same name starring John Cusack. My friend had always wanted to go but was never able to get in. The subway took us right to the basement of Bloomingdale's, which I was really excited about. Manhattan's Bloomingdale's is one of the most beautiful department stores that I have ever been in. Before I was a teacher, I worked for Marshall Field's as a manager, so I am a girl who loves a nice department store. We entered in to men's and took the escalator up to cosmetics. The make-up artists  and perfume sprayers were in full force. The Chanel counter carried the full line of Les Exclusives, which suprised me. Generally, the collection is sold only at Chanel stores. A very handsome young man was more   than happy to spray us with delightful scent, and I was tempted to re-stock Jersey, my new favorite, but I am traveling with a carrry on and wouldn't that be a bummer if it didn't get through security.
The wait for our ice cream lunch was short, which was certainly serendipitous. I didn't get a sense of the movie, but it had a great old-fashioned vibe. I ordered a hot fudge sundae of which I could only eat half. It was so good. And definitely cooled my core down. 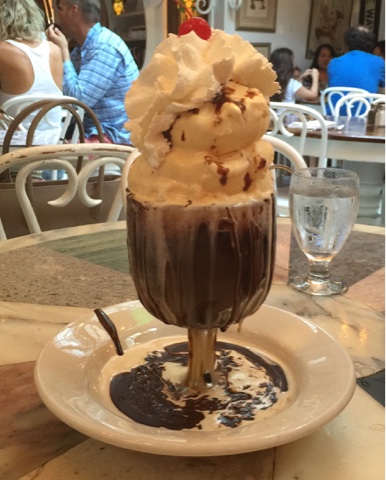 We planned to meet a friend for drinks and something to eat before the show. We jumped back to the hotel to change and then marched back into the heat. The restaurant meeting point was right across the street from the Chelsea Hotel, which I was excited to see for it's rock 'n roll history. Apparently, rennovation construction on it has halted and it is vacant, so it seems the perfect, deserted space for the souls who had lived there before to haunt. 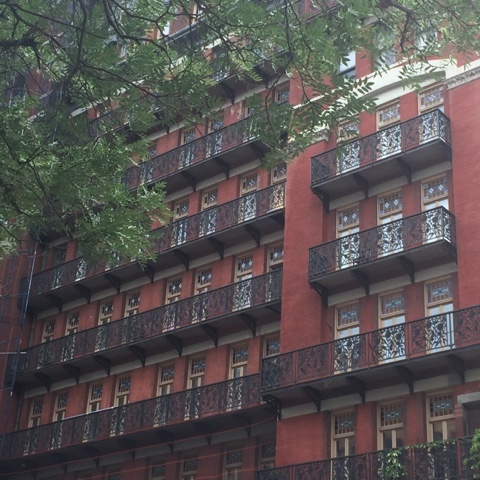 Across the street, we had a couple if drinks at Trailer Park, a hipster/kitschy sort of place. Several Santas adorned the place, so I was content while I drank the bar's name sake Amber ale. I love craft beer, but I haven't found a New York brewer that I particularly care for. But it was all right. 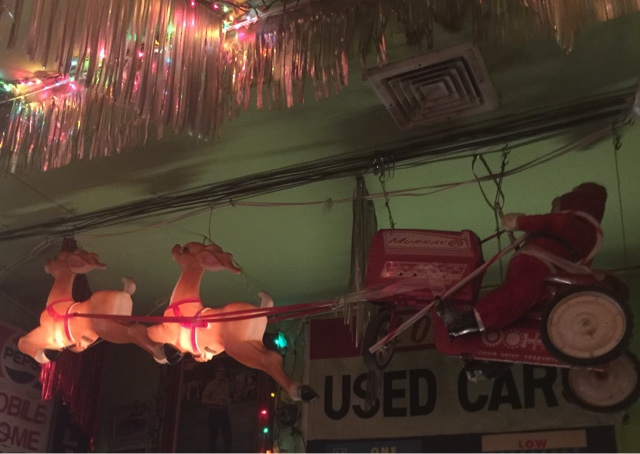 We moved to another place around the corner and then set off to the theatre to see 'An American in Paris.' 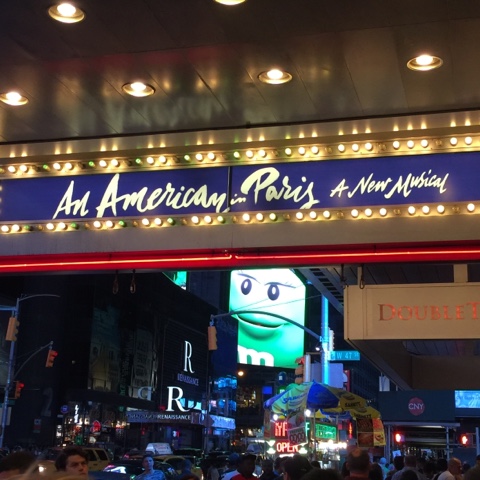 The dancing in the musical was beautiful. Ah, but the story wasn't very well told. Iimagine  that may be why the show is closing soon and a lot of seats were unfilled. Times Sqare and all of its alien life welcomed us out of the dark of the theatre. It is always an interesting cross-road of the world. We sat for a snackand watched   the world go by. The melting pot was definitely seen, literally, for the heat, and figuratively for the blend of cultures. 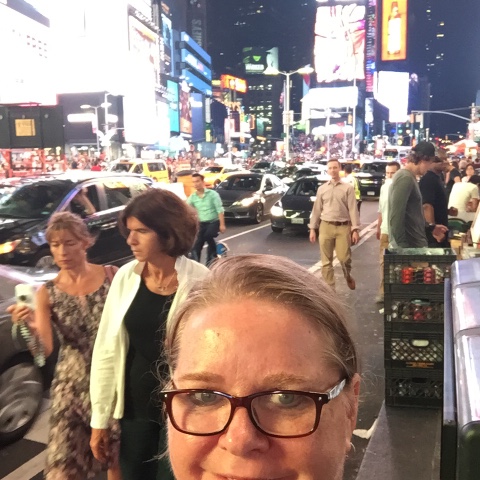