﻿﻿ Not quite sure whose house this is ... I ripped it out from the magazine and lost a few pages, but I still have the best pages: the photographs. On the left is "La Villa des Alyscamps guesthouse, Arles, once a 12th-century convent." Sadly, no pictures are of the interior. What is behind those little shuttered windows, I wonder. This property reminds me of one of the guest houses that I stayed in while I walked the Camino de Santiago in Spain. I did not do the rush to the alberga, hostel, every day. I was on my own and wanted some structure as I did the pilgrim's walk. I happened upon a tour company out of Colorado that turned out to be a stroke of luck. I flew to Madrid and spent a few days there knocking around. Then, I took a bus to meet the trip leader and discovered that only one other person who booked the same trip with me. And coincidentally, she was a teacher. Our guide had walked the Camino many times before and knew people all along the way. She didn't always walk with us, but she made sure to discover something or someone off of the beaten track every day. Rather than change accommodations night to night, we stayed in a few guest houses, and the guide would pick up/drop off to where we had stopped or needed to start along the way. Each guest house, and I'm disappointed that I didn't think to get each inn's card, was magical. After a long hike through the country, up a mountain, or through a village ended with a beautiful place and a lovely dinner. Clare, the teacher, was from Australia, and we had a lot in common, so after-hours was always lively. 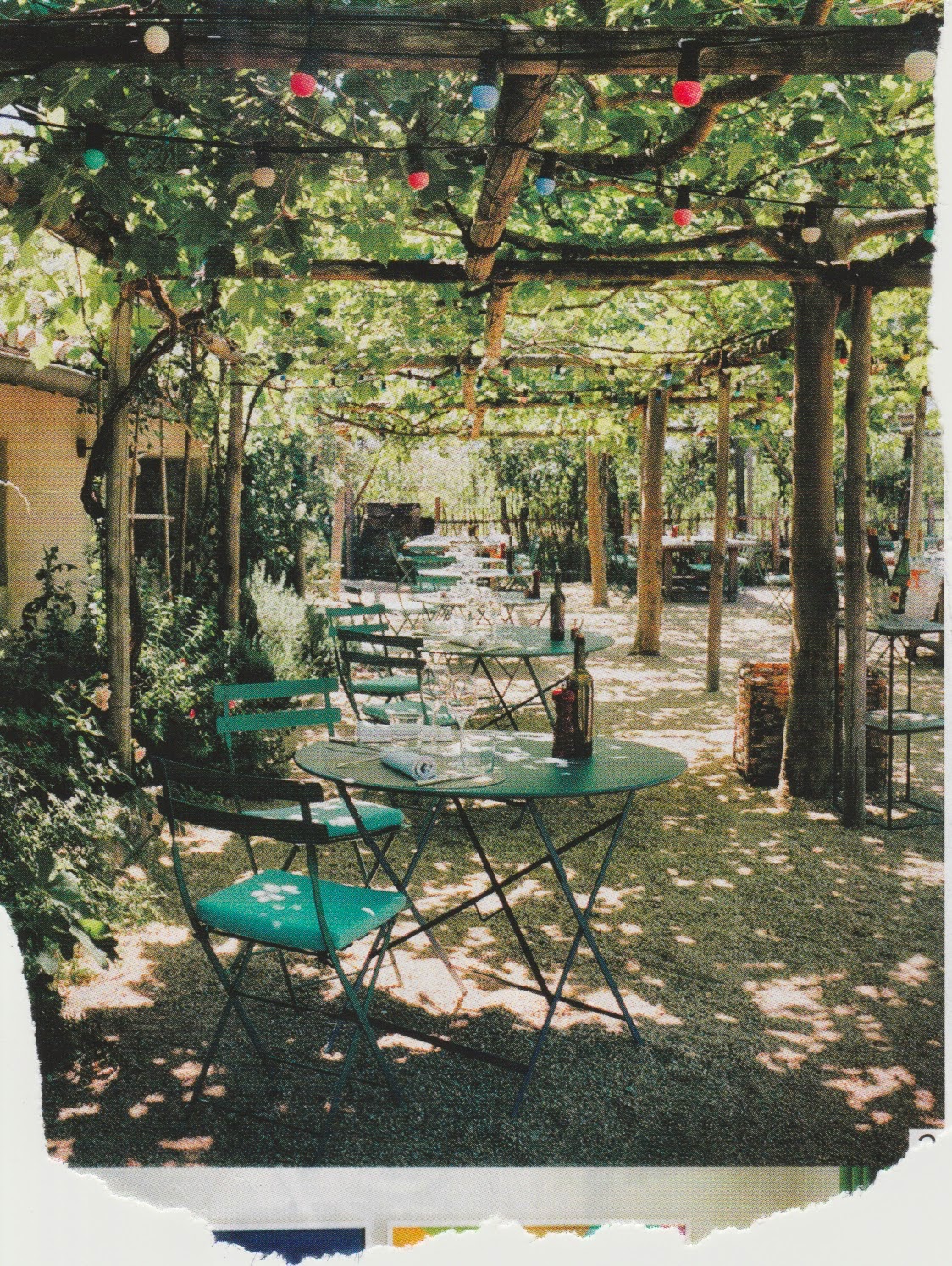 The last guest house that we stayed in was an estate that had been in the proprietor's family for 300 years. Where they had been landholders alone before, with it alone sustaining them, recent years demanded that they go to work. The estate became their business. Former stables were converted to guest rooms, and when I first saw my room, I thought that I had died and gone to somewhere beautiful like ... La Villa des Alyscamps. There is something to be housed in a building that is hundreds of years old, this from an American perspective as haven't been in the business that long. I'll never forget one evening in particular when we returned to our rooms earlier than usual. That day's leg of the walk must have been shorter. The Australian and I had the time to shower and explore the grounds. I walked out back to a garden area that was circled by beautiful summer fields of golden something or another. I had brought out a book, but found that just being was enough to spend the afternoon sun while I lounged on a comfortable chair.
For dinner, one of the brothers prepared a delicious meal, and we enjoyed many bottles of the local red wine. The Australian told me that she would like to get married on an estate such as this one. The table above looks very similar the the area where we enjoyed our first class of wine before dinner.  I took her picture as she sat there. Her curly red hair catching the afternoon glow like a sun-catcher. I told her that I would send her a copy of the photograph so that she would remember the beauty of the place. I never did send that picture, and I'm mad at myself for putting that chore off. I do think of her, and our afternoon under the Spanish sun. I remember so clearly crawling into bed that night with teeth still red from the wine that no toothpaste could remove to nestle into the snug fit of the room that had stood for ever.