the age of innocence 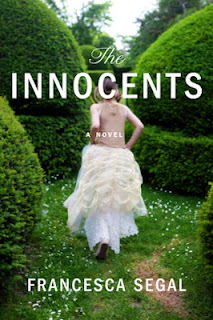 After having read several good reviews of The Innocents, a story based on Edith Wharton's The Age of Innocence, and having read another classic re-mix this year, The Flight of Gemma Hardy by Margot Livesey's re-fashioning of Bronte's Jane Eyre, I decided to read it.

I was sold on the novel as I had read the reviews of it and several interviews of Francesca Segal, the author. She was born to the close-knit Jewish community in London that she places her characters in. She fled from the seemingly claustrophobic claw of it to New York. And in a tour of novels rooted very definitely in the storied past of NYC, she found her roots firmly planted in Wharton's The Age of Innocence. Segal, interestingly, met a London Jew in NYC, married, and moved back. Apparently the claw is trans-continental.

The Innocents is, I suppose, a good summer read. With the whirl of warm activity around me, I was still able to get through fairly quickly. But as is the case of The Flight of Gemma Hardy, it won't stick. It won't be re-read. And it will more than likely find me re-reading The Age of Innocence. Oh I suppose if you have no understanding or experience with a close-knit Jewish family/community, or have a hard time fathoming that most of us live similarly, only having different names for traditions or different ingredients for celebratory foods, then the novel might be just that ... novel. But for the story itself, it was best as it was first written. Segal, in my opinion, didn't fully grasp the subtlety of the story. And her community wasn't as keenly made real as Wharton's turn of the century New York society.

Adam, like Wharton's Newland Archer, was overly concerned with his idea of how his life should look to others. That's gonna get ya into trouble every time ... and it does/did, though Adam wasn't as un-in-love with Rachel, his wife, as Newland was of his. I don't think that Segal was very kind to Rachel. She made her ... addle brained. May Welland was true. She was not in any shape or form a modern woman, but she wasn't 'in thinking' old-fashioned. Because one lives according to the norm, the expectation of a rigid set of guidelines and rules, doesn't mean that one's thinking is ... dull. Segal's Rachel is dim witted. And I don't think that was fair. Ellie, Segal's Countess, was ... pitiful. She was a ... ratty, old muff sold in a second hand store. I wouldn't dare to stick my hands in her. And I was curious why Adam was attracted to her. Countess Ellen Olenska was charactered. She was modern within the confines of the old society. And she shone. There is a difference between being drawn to one due to charm and effervescence and being to taken in by drama. Did Countess Olenska have drama in her life? Of course, but she never let on that it affected her. Ellie? She was just a mess. And kind of a skank.

Perhaps I am done with these re-envisionings of classic novels. It does seem to be the trend. But then again, maybe not. It does, in the end, bring me back to the original. And those stories are one's that I never tire of reading.
Posted by miss moran at 10:59:00 AM